You are here: Home / Financial Planning / How independent advisors are getting recruited and paid now, in 5 charts 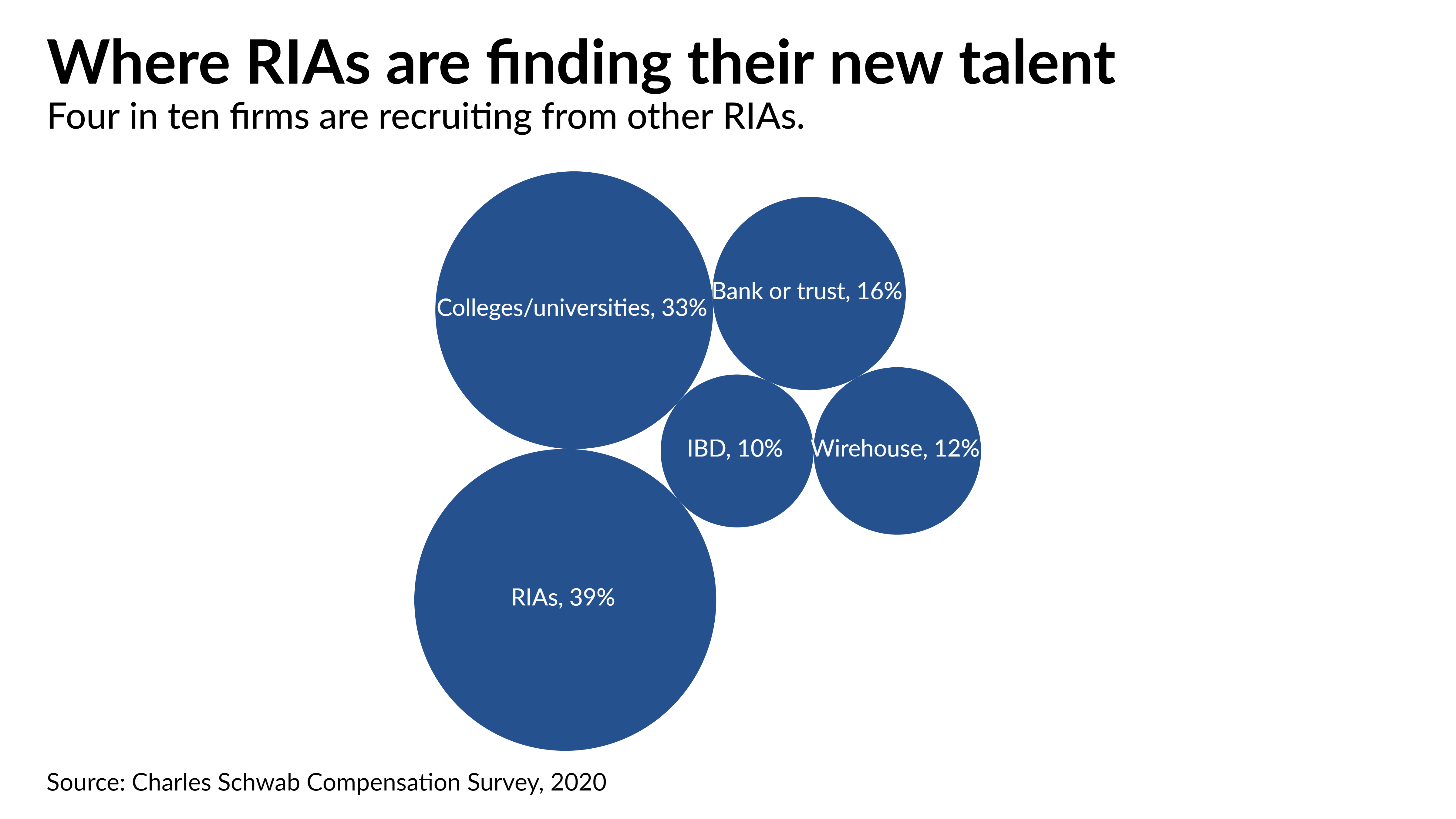 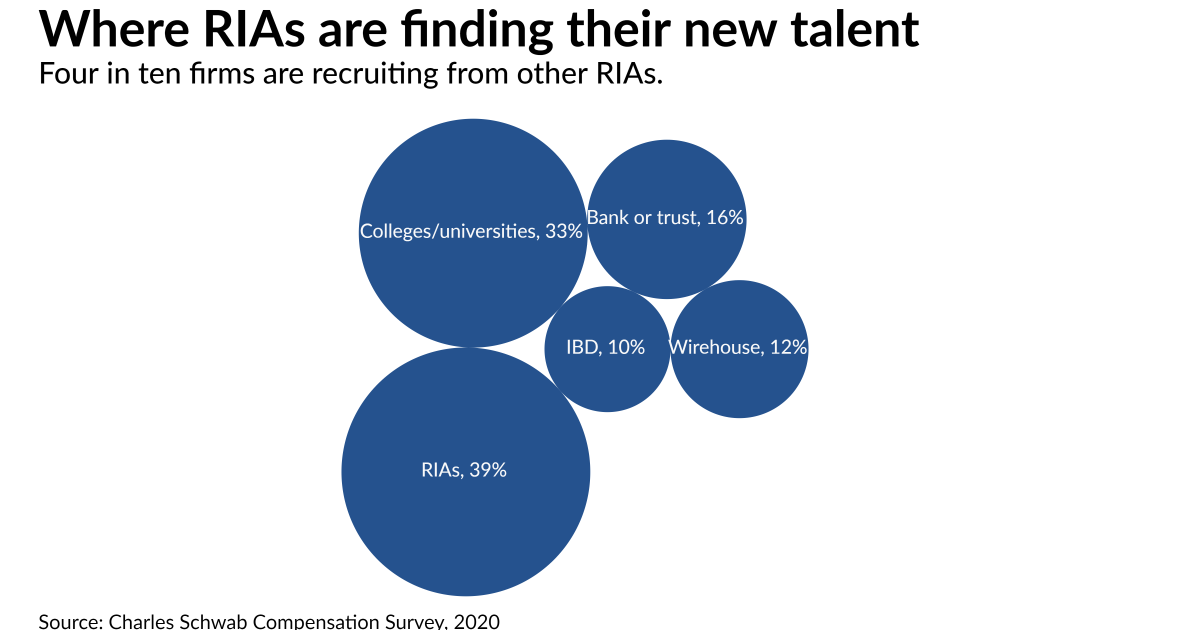 RIAs are hiring — often from one another.

Approximately 39% of new hires at RIAs in 2019 came from other independent firms, according to a new survey from Charles Schwab. That’s the top source of new recruits, according to the research.

With growing demand for financial advice during the coronavirus pandemic, RIAs are on the hunt for new talent, and they are upping their offering in order to attract top talent, as well as keep it, according to Schwab’s annual compensation report, which included data from more than 760 firms surveyed between Jan. and April 2020.

While firms have been historically preoccupied with client retention, “now I think they’re speaking just as much about employee retention,” says Jerry Cobb, senior business management consultant at Charles Schwab, who presented results of the survey on Feb. 25 with Lisa Salvi, who heads business consulting and education at Schwab Advisor Services.

Compensation is more competitive than it has been in recent years. Senior client account or relationship managers made a median of $240,000 in 2019, up 19% from 2015, according to Schwab. Compensation across all RIA roles was up 4% in 2019, according to the survey.

However, salary isn’t everything, according to Salvi.

“Compensation is not the whole story. It’s not what’s getting [advisors] out of bed in the morning, but it certainly is a factor,” she says.

RIAs are building out their offerings in other areas, including insurance benefits and equity. Approximately 33% of employees at RIAs with less than $500 million in assets had an ownership stake in their companies in 2019, according to Schwab.

Independent advisors are recruiting primarily from other firms, but they are also scouting colleges and universities for new talent. Advisors could do more to attract this younger demographic, according to Salvi.

“[Graduates] want to know that the firms they are joining will invest in their development and that they’re going to have opportunities for growth and they will often ask about this,” Salvi says.

Firms that take the time to develop a career path, and write down what that path is, will differentiate themselves in the marketplace, according to Salvi, who noted that some firms are requiring certifications, reading certain books before accepting leadership positions, and community outreach efforts, among other examples. Firms that make an effort to effectively present their firm culture on their websites have also seen success, she says.

Schwab found that approximately 73% of RIAs planned to hire new staff in 2020. Several of these practices have been hyper-focused on how to onboard new employees in a virtual setting, according to Salvi.

Some firms developed checklists of one-on-one meetings new recruits must have, since they wouldn’t be running into colleagues while grabbing coffee in the office.

“It’s forced a little more formality,” Salvi says, adding that firm leaders intend to maintain some of these practices into the future.

Scroll through to see how RIAs are hiring, and how they are attracting and retaining talent: