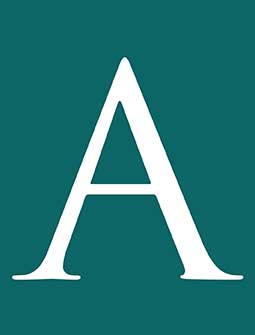 In a third batch of “Dirty Dozen” cautions about common tax-related scams, the IRS on Wednesday warned taxpayers about bogus charity appeals and frauds upon seniors and immigrants (IR-2021-141). The IRS also called attention to unscrupulous individuals who purport to serve taxpayers with “pennies on the dollar” settlements of their tax debts and shady or illegal return preparation and filing, along with crimes and abuses of unemployment benefits.

As in previous years, the IRS advised taxpayers to beware of spurious appeals for donations by scammers who set up what may appear to be a charitable organization but in fact is a swindle. Such cons tend to take advantage of people’s generosity in the face of disaster or tragedy, including the COVID-19 pandemic. The IRS advises individuals not to feel pressured into giving and to research a recipient organization by its exact name using corroborating sources of information. Representatives of a legitimate charity should be willing to provide its employer identification number (EIN) on file with the IRS.

One good resource is the IRS’s Tax Exempt Organization Search tool on its website. This database is searchable by the name and/or EIN of tax-exempt organizations, as well as their city, state, and country. Information available can include the IRS determination letter of tax-exempt status, whether donations are tax-deductible by donors, and whether the organization’s tax-exempt status was automatically revoked for failing to file a Form 990 series return for three consecutive years. If the organization is required to file Form 990 series annual returns detailing its finances and operation, those, too, are generally available for inspection.

Seniors and groups with limited English proficiency should keep in mind they may be targets of tax-related scams that may include threats, such as of incarceration, deportation, or revocation of driving privileges, the IRS advises. While thieves impersonating the IRS with a demand for cash may be less common than previously, this ploy has not gone away. For taxpayers more comfortable using a language other than English, the IRS suggests selecting any of 20 languages for IRS communications, using Schedule LEP, Request for Change in Language Preference.

For seniors, the IRS also notes that they also may be eligible to use a relatively new income tax return form and instructions tailored to their needs, Form 1040-SR, U.S. Tax Return for Seniors.

An offer in compromise (OIC), by which the IRS and a taxpayer make an agreement that resolves the taxpayer’s tax debt, is a common and legitimate method of doing so. The problem arises from misleading advertisements by operators that imply or promise they can thereby settle debts for very little — “pennies on the dollar” — but rarely deliver on that promise, often while charging excessive fees. Some have inappropriately advised taxpayers to file an OIC despite knowing a taxpayer is ineligible to use the process. The IRS advises taxpayers owing a tax debt to do their own research on the OIC criteria and procedure. One IRS resource is the Offer in Compromise Pre-Qualifier tool. This checklist will let taxpayers know if they are eligible for an OIC before filing a formal application.

The IRS also warns against “ghost” income tax return preparers, meaning those who refuse to digitally or manually sign the returns they prepare. This is a red flag, likely denoting a preparer who expects to “make a quick profit by promising a big refund or charging fees based on the size of the refund,” the IRS said. Preparers must by law sign and include their preparer tax identification number on returns they prepare for compensation.

Other signs of an unscrupulous tax return preparer can include:

Another “dirty” practice involves individuals conniving with or against employers and financial institutions to obtain state and local assistance to which they are not entitled, the IRS said, advising state officials, employers, and representatives of financial institutions to be vigilant against several schemes related to unemployment benefits and describing their warning signs: