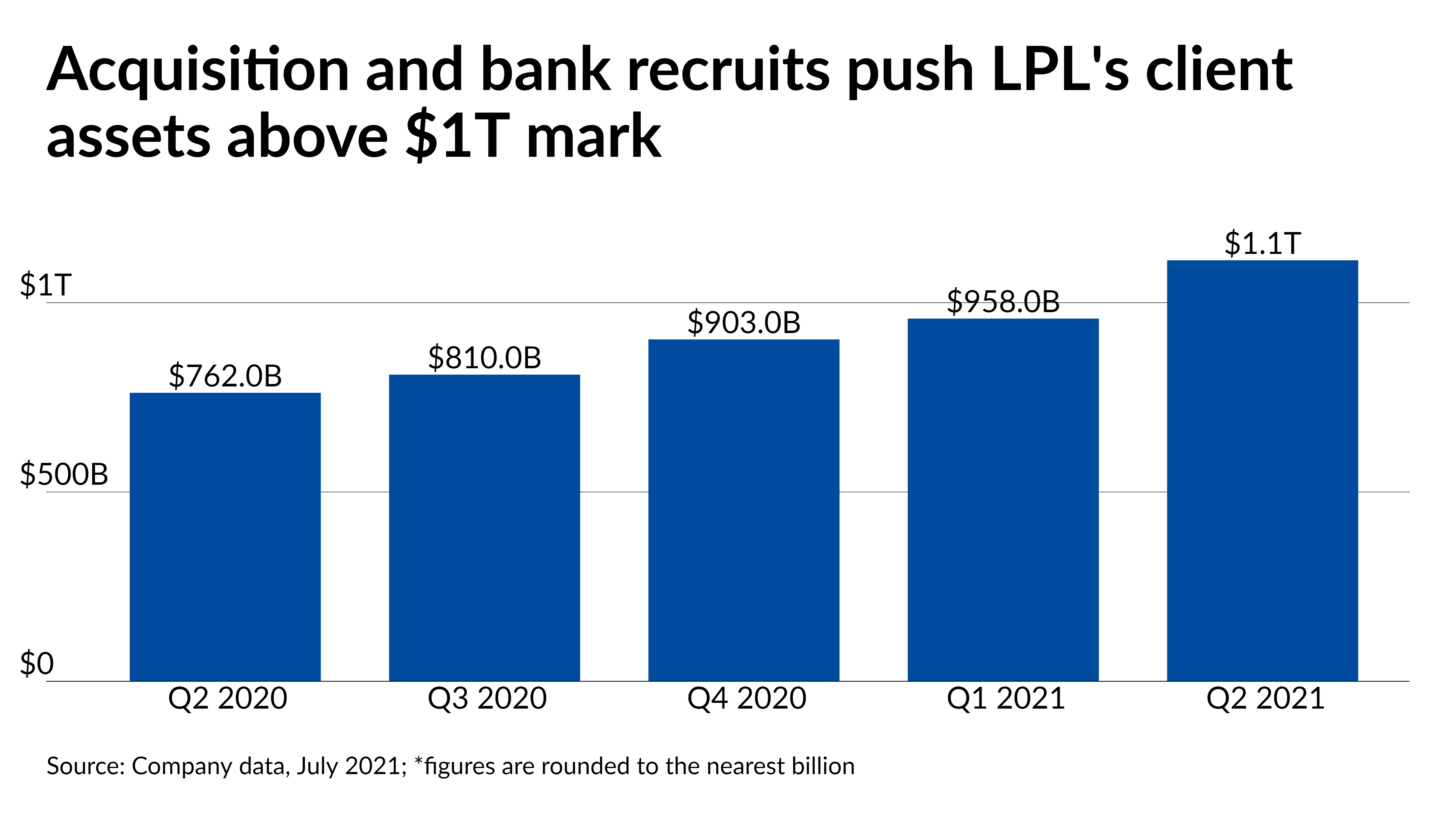 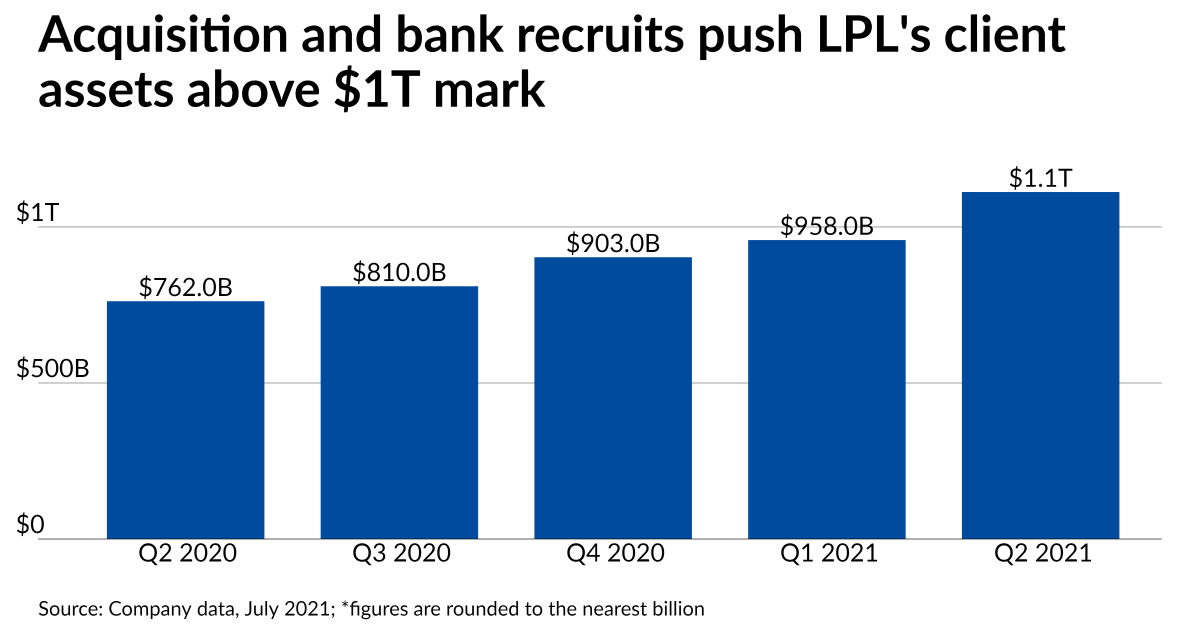 The nation’s largest independent broker-dealer is getting bigger at four times the rate it was only three years ago, with record metrics to match.

After its acquisition of Waddell & Reed and onboarding of the wealth management programs of M&T Bank and BMO Harris, LPL Financial’s net new asset growth rate has surged to 12% for the past year, compared to only 3% at the same time in 2018, CEO Dan Arnold noted on an earnings call with analysts after the firm disclosed its second quarter earnings on July 29. In correlation with the key measure of organic growth, LPL reached new highs in recruited assets, total client assets, advisory assets and financial advisor headcount.