You are here: Home / Financial Planning / As deal volume and size set records, hybrid RIA to acquire $1.6B firm 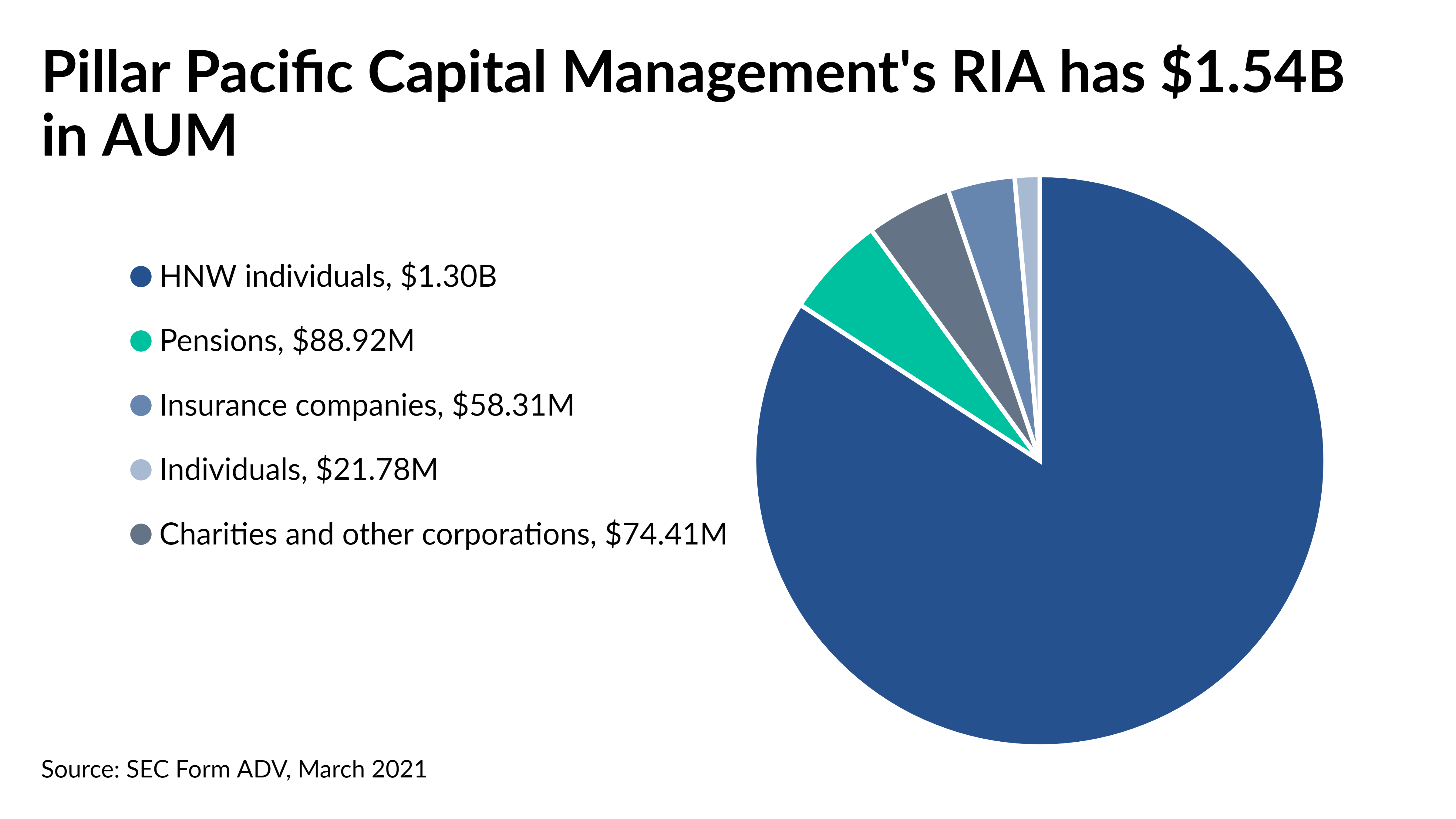 One of the fastest-growing hybrid RIAs unveiled its third agreement to acquire a billion-dollar firm in the past five months.

Private equity-backed Wealth Enhancement Group is acquiring Pillar Pacific Capital Management, an active asset and wealth manager that manages $1.6 billion on behalf of clients from five continents. Wealth Enhancement and the California-based seller announced the deal on April 27; terms weren’t disclosed, but the purchase is expected to close in June.

CEO Mindy Ying and CIO Arthur French merged their firms together in 2007 to create Pillar Pacific after they first met in the early 90s, when both worked at First Interstate Bank. Based in suburbs outside of Los Angeles and San Francisco, Pillar Pacific will be Wealth Enhancement’s first location on the West Coast. The deal comes as wealth management M&A continues to set records for the volume of transactions and amount of assets changing hands.

Under the deal with Wealth Enhancement, Pillar Pacific can let go of burdensome tasks relating to compliance, operations and administration, Ying said in an interview.

“We’re very, very excited,” she says. “They’re going to help us expand, and we are excited just to concentrate on portfolio management and client servicing.”

Ying and French’s team of seven advisors and five other employees evaluated 30 to 40 potential deals over the past three to four years in consultation with Berkshire Global Advisors, before they found the right fit with Wealth Enhancement, French says.

“Whatever situation we entered into had to make sense for our clients first, our employees second and us third,” he says. “We kicked the tires quite a bit.”

The deal was first reported by the news outlet Wealth Management.

Pillar Pacific has no brokerage affiliation, although the Minneapolis-based acquiring firm uses LPL Financial as its broker-dealer. Funds affiliated with TA Associates purchased Wealth Enhancement in July 2019, and Pillar Pacific ranks as the firm’s third largest acquisition agreement after North American Management ($1.75 billion in client assets) in March and SVA Companies ($3.2 billion) in December. Upon closing, the deal will push Wealth Enhancement to $31.8 billion in client assets.

“We have always envisioned developing a strong presence in the vital Los Angeles and Bay Area regions,” Wealth Enhancement CEO Jeff Dekko said in a statement. “Their success in serving individuals and institutions over several decades is a testament to the hard work they have devoted to building trusted relationships, along with the investments they have made in the operational infrastructure needed to deliver great client experiences.”

Under the deal, Ying and French’s team will take Wealth Enhancement’s brand and manage the firm’s proprietary investment strategies through Wealth Enhancement subsidiary NorthCrest Asset Management. The firm’s funds have earned certification under the CFA Institute’s Global Investment Performance Standards for 27 years, and the post-deal setup will help ensure it retains the distinction alongside only 1,700 organizations worldwide, according to the partners. The firm has offices in San Marino and Pacifica, California.

Similar deals keep popping up across wealth management in recent years, including eight in a row with record numbers of M&A transactions, according to investment bank and consulting firm Echelon Partners. In the first quarter, the number jumped by nearly two-thirds from the year-ago period to 76. Even when excluding deals at or above $20 billion in assets under management, average AUM of sellers is up by 29% from last year to $2.35 billion, according to Echelon.

A combination of increased buyer attention on the upper reaches of RIAs and a larger pool of firms with at least $1 billion in AUM stemming from their organic and inorganic growth is driving the larger average size of deals, the firm’s first-quarter RIA M&A Deal Report states.

“Given the increased competition and interest from buyers, many of which are backed by private equity or financial sponsors, $1B+ sellers have more options than ever before,” according to Echelon. “Deal structures have become increasingly innovative and are leading to more ‘sell and stay’ scenarios, in which buyers and sellers create deal terms and alignments that emphasize the growth of the combined entities.”

Remote work in the past year and the anticipation of possible tax hikes under the Biden administration’s plans will likely push deals to another record high in 2020, says Echelon Managing Partner Carolyn Armitage.

“Advisors have had the ability to get outside the office and work in a different place, and, when you do so, you often think differently,” Armitage says. “Certainly the fear of increased capital gains rates has been really helping advisors make that decision on succession planning.”