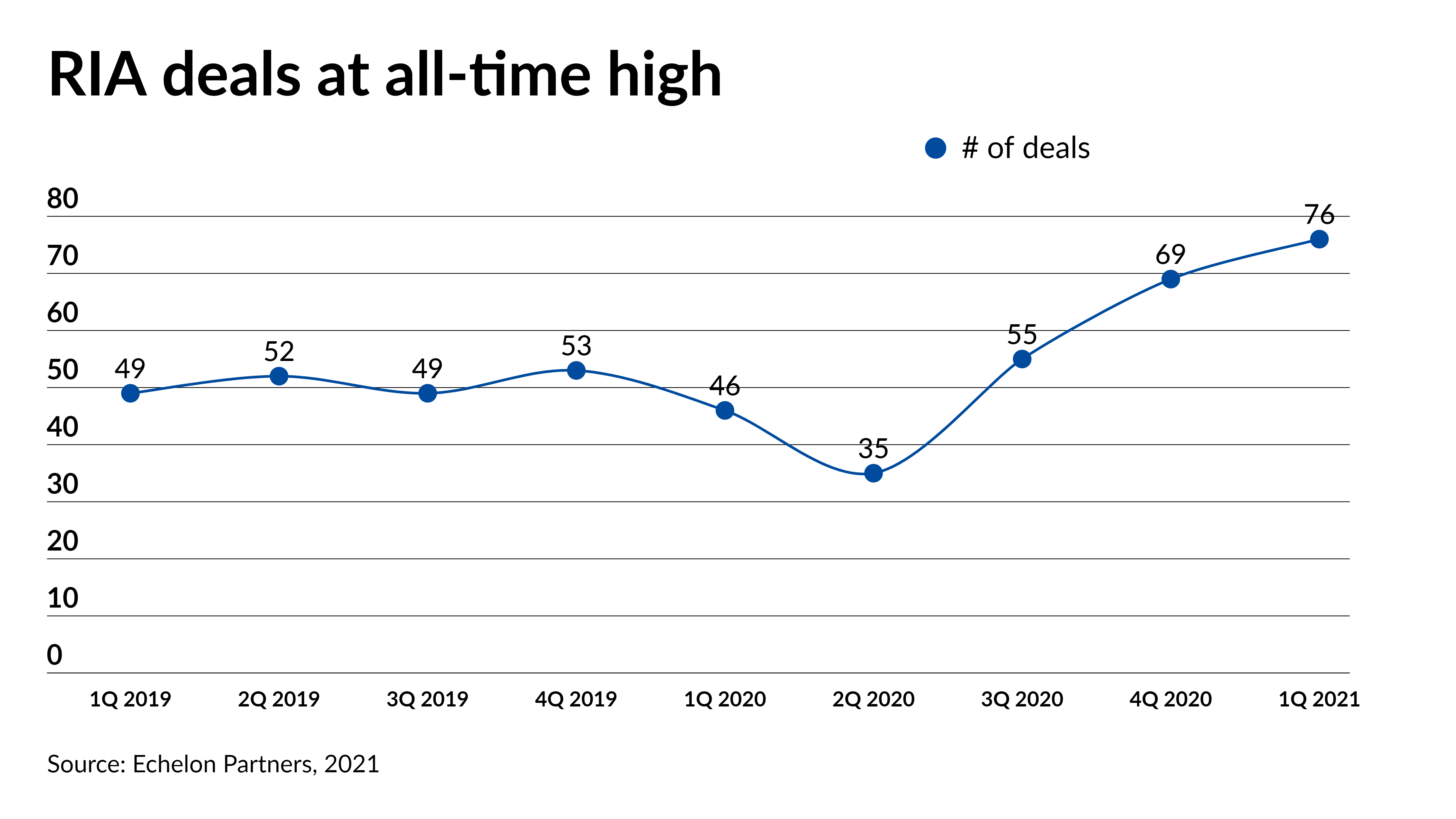 CI Financial is back at it — this time scooping up a $5.7 billion RIA in its second largest acquisition since entering the U.S. market.

The Canadian asset manager announced May 10 that it was buying Dowling & Yahnke, a San Diego-based RIA serving over 1,300 individuals, families and non-profits. The deal is expected to increase CI’s U.S. assets to $63 billion, according to the company.

“We are impressed by CI’s depth of experience in wealth management as well as the caliber of the firms they are assembling,” Dale Yahnke, CEO of Dowling & Yahnke, said in a statement. Yahnke declined an interview for this story.

Following completion of this deal, CI Financial will have purchased 14 RIA firms since it entered the market in early 2020, making it one of the fastest consolidators in the marketplace.

The RIAs CI backs have since been making their own deals, too — four of them. Most recently, Congress Wealth Management purchased the $2.4 billion RIA Pinnacle Advisory Group, nearly doubling its client assets in the process.

In January, Kurt MacAlpine, CEO of the RIA aggregator said CI Financial is in the process of building out a cohesive platform to support the firms under the CI Private Wealth brand, as well as establishing a committee for the RIA heads.

CI Financial owns a majority or full stake in all but two of the firms it has invested in. In the case of Dowling & Yahnke, CI purchased 100% of the firm, which had previously been owned by Yahnke, three other executives and its lead advisors: Alana Asmussen, Michael Brown, Gregory Richardson, Brett Pernicano and Anna Diaz, according to its latest Form ADV.

Terms of the deal were not disclosed. Dowling & Yahnke custodies assets with Charles Schwab, according to the documents.