You are here: Home / US Taxation / Every cent, plus interest 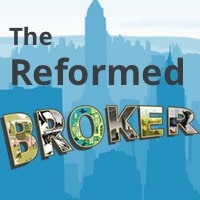 Two weeks ago we paid back the entirety of our loan to JPMorgan Chase that we had borrowed under the Payroll Protection Program. Every cent, plus interest.

We’re replacing it with a traditional line of credit from Chase. We’ll probably get access to our line next month, with the intention of only having to use it in an emergency. Because of the uncertainty from the pandemic and resulting economic shutdown, we’re going to add this option to give us the financial flexibility to deal with whatever may come. This is not a judgment of firms that choose to apply for forgiveness of their loans, but we don’t need to. Aside from losing the revenue from our conference business and other events, we’re operating smoothly and counting our blessings, as are the majority of our business owner clients. We’re very lucky and I don’t take it for granted.

Because our firm is structured as an LLC, and given our limited credit history, the bank has asked my partner Barry and I to personally guarantee the line of credit, which we have agreed to. We have always had maximum skin in the game, having never taken outside capital, so this is a natural progression for us as the firm grows in size and scope.

I’ve learned a lot of lessons this year about what it takes to run a business and the importance of planning ahead for even the most unimaginable contingencies. I’ve always shared the lessons from my mistakes and successes here on the blog, so today I will relay some of the things I know now, four months into the crisis.

1. Transparency. Everyone says they appreciate transparency and that it’s a virtue. But that doesn’t mean everything you reveal will be popular. As much as people appreciate your being transparent, they also appreciate having the ability to stomp on your head the minute you make a decision that they disagree with. Being a high profile person in your industry just magnifies the effect of this.

2. Support. We got letters, emails and notes from some of the most influential and successful people in our industry, including the founder of one of the largest RIAs in the country as well as the former chairman and CEO of one of the largest asset management firms on the planet. They understood the decisions we made and were supportive of our intentions to protect the payrolls of our employees. We heard from many clients who are small business owners themselves – they mostly just wanted us to know that they appreciated what we were doing to provide stability and certainty.

3. Criticism. We heard from some critics too. I am not above criticism so I listened to what people had to say. In particular, I want to thank Dan Wiener of Adviser Investments, a $5 billion RIA founder with over 25 years in the industry. Dan was harshly critical of RIA firms who had borrowed money from their banks as part of the program and had given many interviews in the press to air his critiques, despite the fact that he himself had applied for a million-dollar PPP loan without having taken it in the end. I called Dan up out of the blue, having never spoken with him before. He called me back that afternoon. I said “Dan, I’m going to go out on a limb and assume that the reason you’ve been so vocal about this issue is that you have something to teach me, not just because you want to be mean…” Dan spent time walking me through his criticism in a very constructive way. In his view, and with decades of experience under his belt, firms like ours would have been better off utilizing standard lines of credit and having preexisting banking relationships already in place for times like these. I’m 43 years old and have only been running our firm for six and a half years. I always assumed that by operating without any debt, that I was being “conservative.” In Dan’s view, to truly manage in a conservative way, you need to have access to credit and have multiple bankers just a phone call away. The only way to do that is to borrow and repay capital from lending institutions on a regular basis. I have a lot to learn about running a business and will make many more mistakes in the future. But I won’t be repeating this one. In addition to building an equity capital account, I will never again be in a position where I don’t know my first phone call for business credit availability.

4. Vulnerability. It turns out that when you’re somewhat well known, there are people in this world who just don’t like you. It might be your fault, because you’ve had opinions in the past they’ve disagreed with. It might not be your fault at all; nothing is easier than joining a mob and throwing stones. And so when you admit to having any vulnerability whatsoever, they will use that opportunity to jump on you, kick you while you’re down and say the worst possible things they can about you. I understand it now. It hurts. I don’t do that stuff personally, so it’s hard for me to relate to the people who do. If you ever see me in someone else’s mentions saying horrible things to them, either my account was hacked or I have truly lost my way.

5. Intentions vs optics. I also learned that it’s not enough to mean well, because there are people who don’t care about what you’re trying to do. Which means the bigger the stage you’re on, the more attention you have to pay to the possibilities of how your actions will be perceived. A very experienced person I talk to said “Josh, you did the right thing three times. You took on debt to protect your employee payroll, you disclosed it in your filing, then you gave it all back when a better alternative presented itself.” My takeaway is that maybe the right thing is hard to do because not everyone will agree in the moment.

Just want to end by thanking everyone who reached out in support. I also want to thank the constructive critics who showed me new ways to think about the challenges that all businesses are facing right now. I can’t go back in time with the information I have today and apply it to decisions I’ve made in the past. All I can do is stay humble, try my best going forward and always default to what I think is the right thing as new situations present themselves.